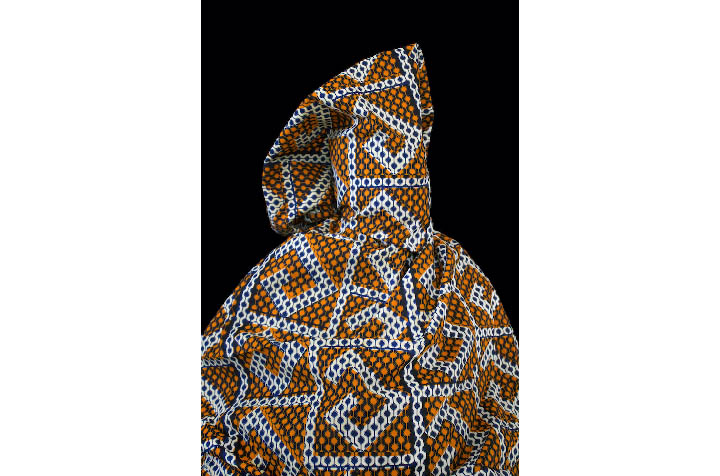 Alia Ali presented Borderland as an experimental documentary screening during the 2019 Currents New Media Festival. The video is shared on our IGTV as part of the Revisiting series, where each week we take a look back at previous single-channel and experimental documentaries shown in past festivals. Click here to watch.

Two things are for sure: as long as there is humanity, violence is certain and art will always be created from its sparks.

BORDERLAND
The term “borderland” is most commonly referred to as the crossroads where nations collide. It is a porous zone that diffuses outward from an artificially imposed human made punctuation called a border. Borders enact violence on the geography and identity of those living in borderlands. They are both imprints of power and scars of destruction. Borderlands, on the other hand, are the result of naturally occurring interactions among people and of nature trying to forge an existence in proximity to what is around them. In her photographic series, BORDERLAND, Alia Ali, re-examines these demarcated zones as territories of exploration drawing attention to them as transient physical spaces and a contemporary phenomenon from which the body of artwork is presented and the viewer is a participant.

Who is on the other side of the screen questions the very nature of belonging and interrogates the binary of home and exile. Is the subject the one who imposes the standards, the decision maker, the ‘include’? Or the ‘exclude’? In the human act of processing our surroundings, we unconsciously categorize. We separate good from evil; familiar from unfamiliar; threat from safety; alien from native… We, influenced by categorizations create these dichotomies ourselves. The theme of duality extends to questioning the moment in which the mysterious becomes apparent, freedom becomes restraint, and illusion becomes reality.

Seeing is an act of power, but so is being seen. When confronting the characters in the film, we are forced to confront the ways we include and exclude others in our daily lives. Is exclusion motivated by a primitive fear and search for security? A form of self-preservation? A metamorphosis of the outcast into villain?

What are the fabricated barriers in society that inhibit the incorporation of others? Or are the obstacles just that: ideas, intuitions, fear, discriminations and ‘understandings’? The fabric, like borders, is narrow but long, defined physically and yet interpretative in identity- both have a capacity of exploration. Textiles are products of the earth, canvases through which culture manifests itself at the surface, and objects that become a part of us. Aren’t borders as well? Or are they simply spaces of blankness?

BORDERLAND was inspired by the aggressive push to block access, coupled with a strong nationalistic phenomenon taking precedence over providing security and refuge for those in greatest need. This discourse has already begun to build walls around the globe while simultaneously eroding communities built on diversity.

The characters in these snapshots are “undocumented” characters- their names are ambiguous and their exact location, a mystery. Collectively they weave together such as color, symbolism and texture eventually and simultaneously drawing on a sense of connection and alienation. Their existence questions what the human is and what lies outside and within it.

Fabric, ancient in its invention, is archival with the passage of time. The fabric, like the human beneath it, or the border it symbolizes within this body of work, is also vulnerable to the elements and to time. When all is said and done, borders shift and textiles disintegrate, but if well preserved and nurtured with culture, knowledge and grace they remain intact.

Borderlands, like textiles, are territories of exploration and zones in which we will be judged for our humanity.

BORDERLAND by Alia Ali from gulf photo plus on Vimeo.

Alia Ali is a Yemeni-Bosnian-US multi-media artist. Having traveled to sixty-seven countries, lived in seven and grown up among five languages, her most comfortable mode of communication is through image and multi-sensory mediums. Her extensive travels have led her to process the world through interactive experiences and the belief that the interpretation of verbal and written language has dis-served particular communities and presents more of a threat than a means of understanding.

Alia’s aesthetic interests stem from people, place, and the processes which unite and divide us, all at once. Her work reflects on the politics and poetics of contested notions surrounding the topics of identity, physical borders, universality, mental/physical spaces of confinement, and the inherent dualism that exists in everything. Her work blurs the lines between what we claim to be objective and subjective, illusion and reality, truth and interpretation.

Alia’s work has been featured in publications including the Financial Times, Le Monde, Elle, Vogue, Hyperallergic, and Harper’s Bazaar Arabia. She has won numerous awards including the LensCulture Emerging Artists Award, the Allan Sekula Social Documentary Grant, the Magenta Foundation’s Emerging Talent Award, and Gold in the Fine Art Category of the Tokyo International Foto Awards. She has exhibited internationally and has most recently exhibited in museums, fairs and festivals including PhotoLondon 2019 in the UK, 1:54 Contemporary African Art Fair in Morocco, Karlsruhe in Germany, the Lianzhou Photo Festival in China, the Stedelijk Museum Schiedam in the Netherlands, the Katzen Museum of Art in Washington DC, The Contemporary Art Center in New Orleans, and the Kuala Lumpur Photo Festival in Malaysia. Alia has presented lectures and workshops at Harvard University, the LACMA, the Middle East Institute, Gulf Photo Plus and the Arab American Museum.