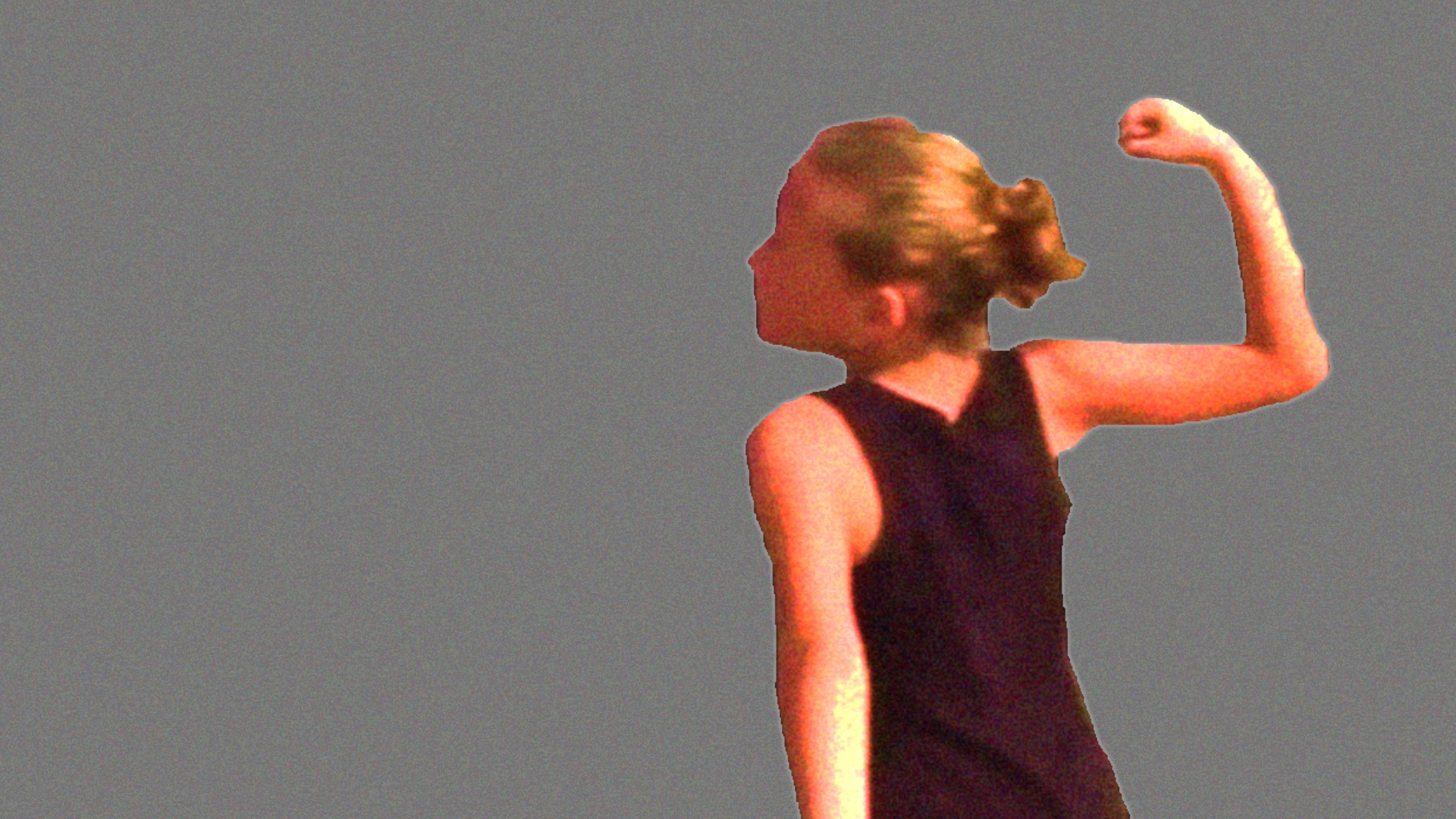 Cut Out by Guli Silberstein

This week for Revisiting we are featuring two shorts by Guli Silberstein which were featured in our Experimental Documentary screening during last year’s 2019 Festival.

Watch both here on our IGTV channel, along with previous Revisiting artists.

Cut Out from Guli Silberstein on Vimeo.

Radiant, raging 11 year old Ahed Tamimi is punching the empty space in front of her. A computer algorithm roughly cuts her out of the surroundings, struggling to contain her, with her enemies rubbed off the frame. Gradually, more fragments of the scene are revealed, and the context is made clearer. The processing of the 2012 video found on YouTube highlights the documented scene as an image, both of a fight for freedom and a media event.

Disturbdance from Guli Silberstein on Vimeo.

A young woman is blocking two armed soldiers from firing, probably rubber bullets, at protesters in a Palestinian village in the West Bank. The image, picked up from a TV news report found online, is digitally processed and slowed down, and the soundtrack is replaced with lyrical music. The scene is turned to a peculiar dance, almost romantic, highlighting the magical and rare human connection created in the heroic act, captured and transmitted by digital technology.

London-based artist, video editor and lecturer Guli Silberstein (b. 1969, Israel) researches the moving image by creating digital video experiences since 2001. Guli received a BA in Film from Tel-Aviv University in 1997, a MA in Media Studies in 2001 from The New School University, New York, USA, where he lived in 1997-2002, and since 2010, he is based and settled in London UK. His works are characterised by processing personal recordings, found footage, and mixes of both to create reflections regarding social-political issues and human perception. The videos have been shown and awarded in numerous festivals and art events worldwide, and a selection of it is included in Sedition Art’s curated selection alongside Bill Viola, Yoko Ono, Rioji Ikeda, Tracey Emin and others.