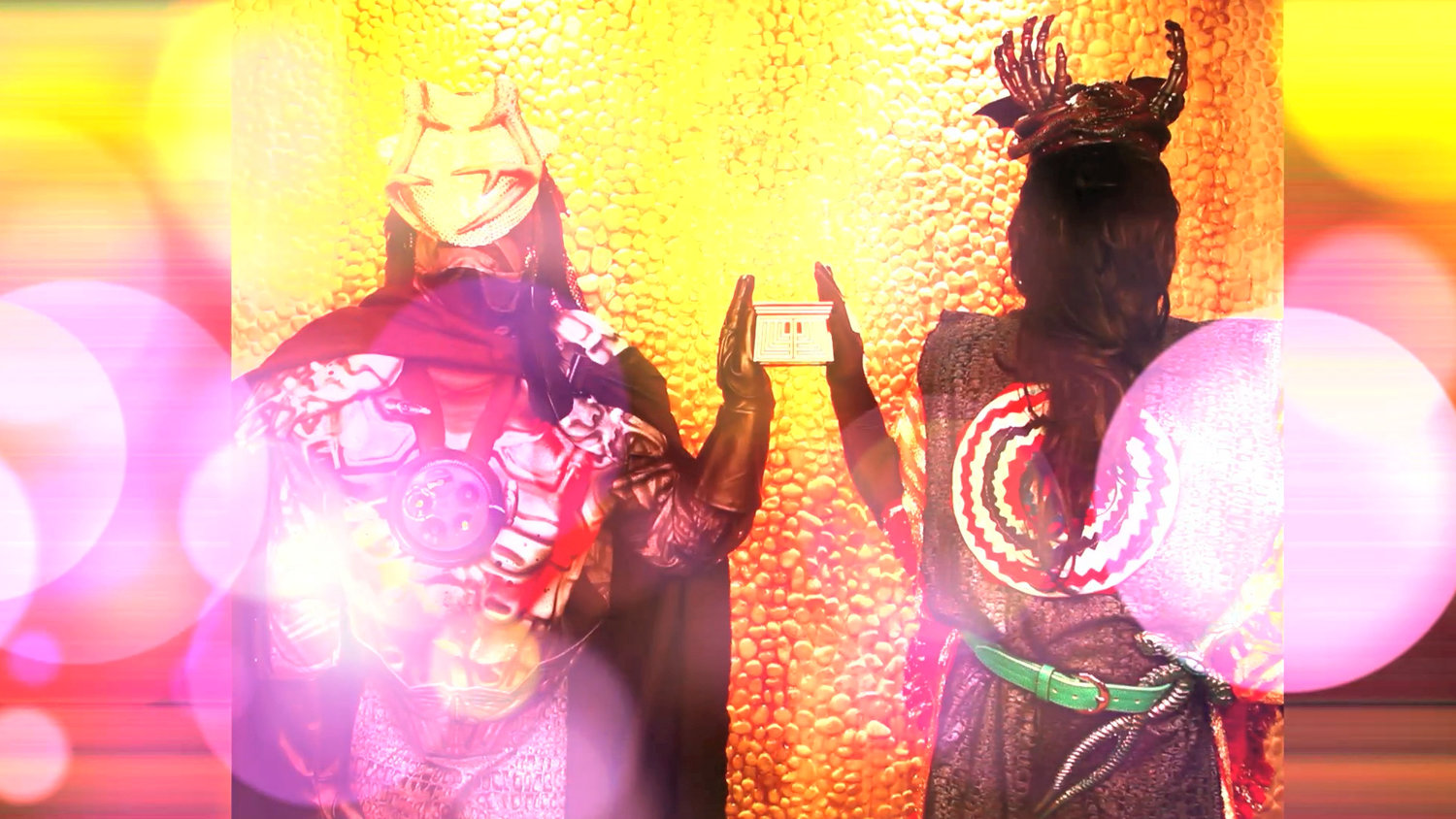 Saturnine Tassajara was shown as a Single Channel Video at Currents New Media 2018.

Saturnine Tassajara tells the tale of two monstrous outcasts, who, in the midst of existential crisis, set out on a hero’s journey to search for what is missing in their respective lives. Intertwining both the narrative structure of an Ancient Greek play and the compositional underpinnings of a pop song, the story alternates between four acts and three response choruses.

The video addresses issues of “otherness,” showing how those who do not easily fit into preconceived notions of normalcy are sometimes viewed as monstrous and undeserving of inclusion. As with the song snippet, from Frankie Goes To Hollywood, which opens the video, Saturnine Tassajara emphasizes the importance of love in our daily lives and its influence on transcendence, transformation and the conditions of identity.

Toban Nichols, is a visual artist and filmmaker from Los Angeles. His work has been seen in film festivals & galleries around LA, in Romania, Israel, & the Netherlands. He was also featured in Pop Rally at The Museum of Modern Art in New York City.

After earning a Bachelor’s degree in painting, he studied New Media at the San Francisco Art Institute in California where he received an MFA in New Genres. He has been granted a residency with the Experimental Television Center in New York, and awarded the Juror’s Pick at the ArtHouse Film Festival for his video entitled “BATTLESTATIONS!!

In the past eight years Nichols launched a line of textiles, created a photo app for iDevices worldwide and published his first photo book titled ‘MY TWIN’.

He is currently in post production on his first feature length documentary titled “Beyond the Trees” for wide release in 2021.