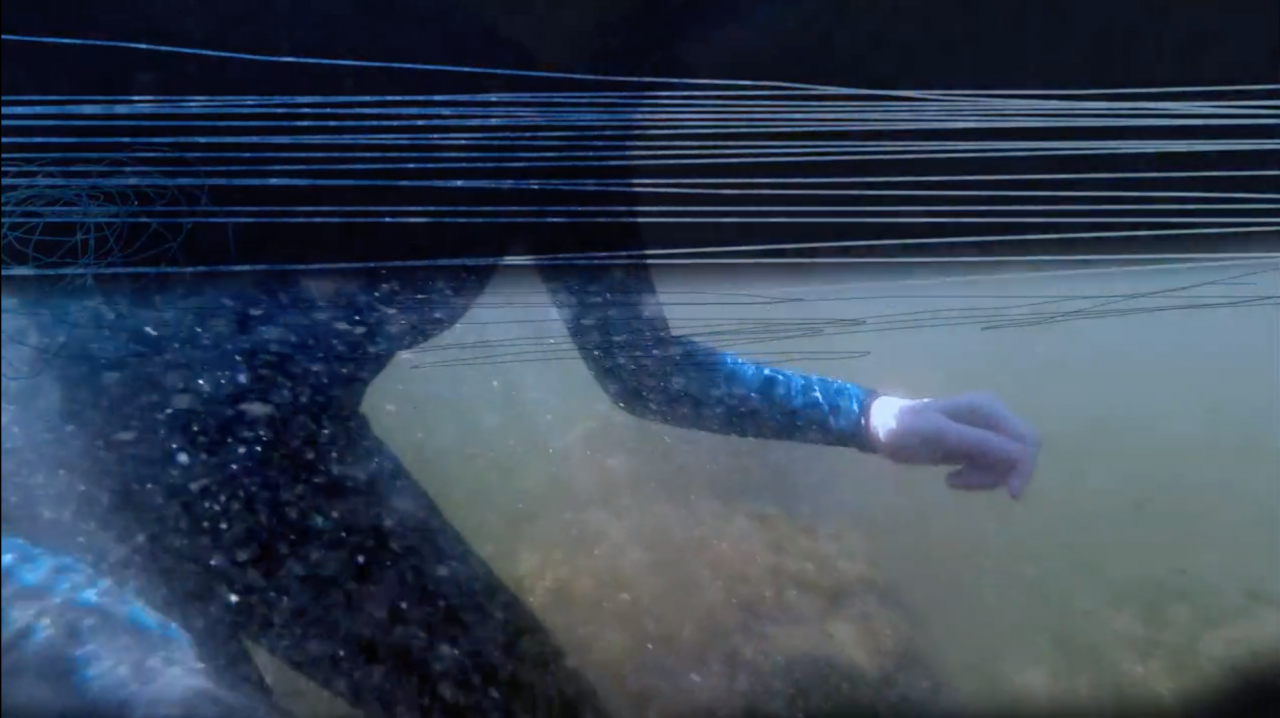 Linking memory to the mirrored surfaces and murky depths of a lake, movement and voice recall the experience of swimming in dark, mysterious waters. Drawn lines animate over video footage of the moving body while the tone shifts from scientific explanation into a personal recollection.

ELIZABETH LEISTER engages a practice that includes video, performance, drawing and virtual & augmented reality. Her projects act as meditations on the unreliability of memory and the passing of time conceptualized through a feminist perspective on the female body, language and landscape. Her work has been presented at the Torrance Art Museum, Philadelphia Museum of Art and the Delaware Museum of Art; The Drawing Center, Art in General, and P.S. 122 in NY, and Highways Performance in Santa Monica in addition to various artist run spaces.

Her VR work has been presented at FIVARS, REFEST by Culturehub, FEMMEBIT and Mana Body + Camera Festival. She earned an MFA from The Milton Avery Graduate School of Fine Arts at Bard College and a BFA from Tyler School of Art at Temple University.  Leister is Assistant Professor of Emerging Media Production in the Cinema and Television Arts Department at CSUN.