Curator and founder of Ecoartspace walks us through Performative Ecologies on view at CURRENTS 826 Gallery now.

Gallery hours: Thursdays 11 – 5, masks REQUIRED, no groups larger than 5 admitted at once. Friday/Saturday by appointment only– email calex@currentsnewmedia.org.

Performative Ecologies examines the role of ritual for artists working in and with the natural world. The exhibition includes video documentation and artifacts resulting from performative works by eleven women artists dating from 1971 to 2019. These artists have sought to experience fields of ecological consciousness in both urban and rural spaces, primarily for themselves, although through documentation they share their experiences with others.

In 1991, Suzi Gablik published her radical book at the time, The Reenchantment of Art. This was a manifesto in which she proposed a more engaged, empathetic, participatory, and socially responsible approach to art. She also called for a revival of the mystical, which she felt was often dismissed because of our rational modes of perceiving the world. Gablik felt that the art world desperately needed a shift at that time and found examples to write about including two artists included in this exhibition, Shaffer and Mazeaud. For many artists the great mysteries of the cosmos and the subconscious, and of the transcendental and visionary worlds, have always been at the interstices of humans connecting with one another and with the earth. Gablik also felt that it’s in the absence of this kind of vision that cultures deny that magic can exist, and that it limits significance in our lives.

Performative art, unlike performance art, does not require an audience. Many artists who work outdoors in nature have chosen to make their work for themselves first. They take on the role of shaman or magical messenger to perform acts of cleansing or engage the spirit world. These other worlds that artists envision have a depth and meaning that has either been long forgotten or is being acknowledged in new ways. What remains of these performative works include photographs, video documentation, artifacts and “magic clothing” that the artists wore. 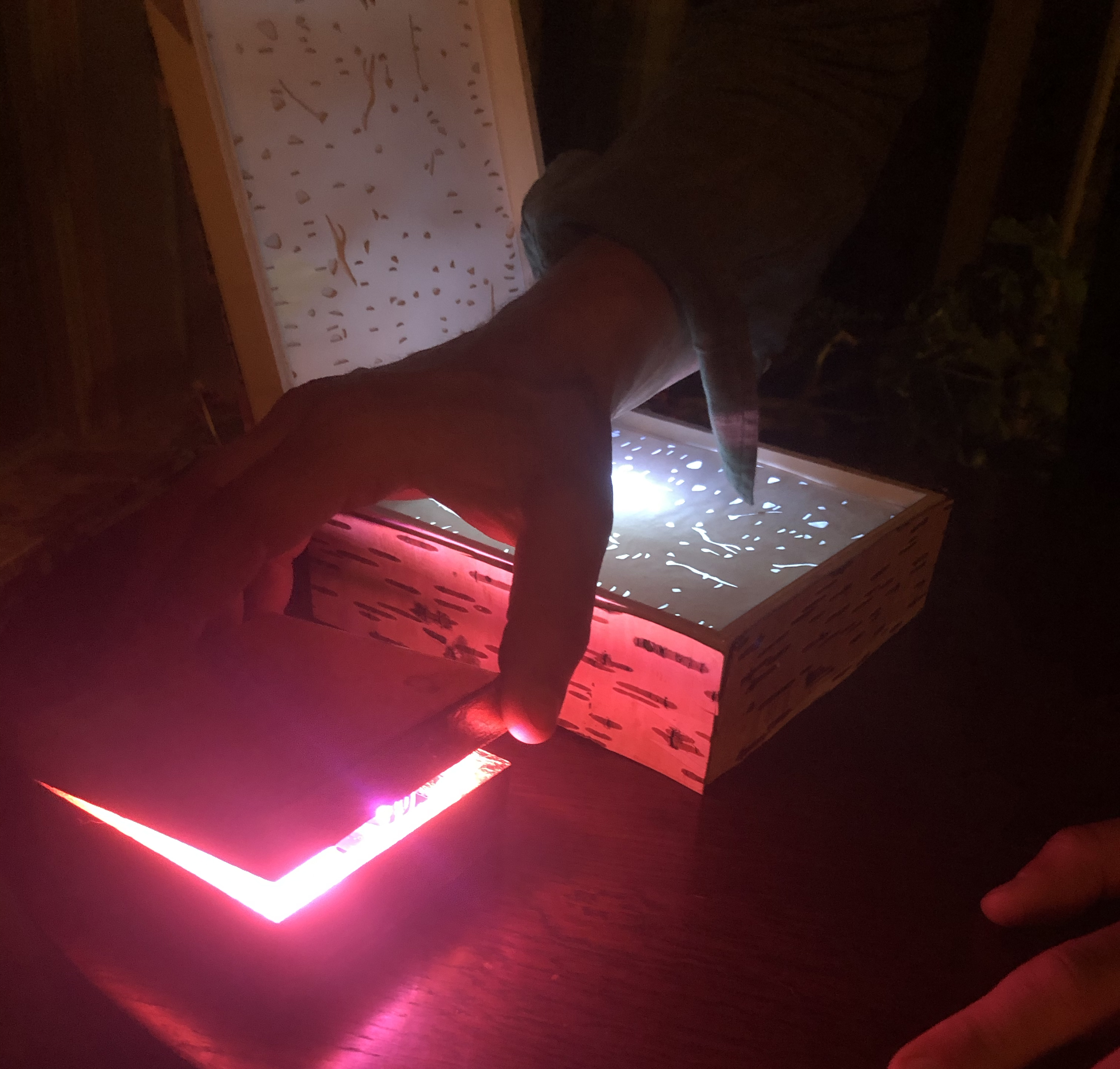 This exhibition features four previous Currents New Media Festival artists collected together to explore themes of the darkest quarter of the year. From a retelling of a classic winter witch tale through smell to an exploration of inner-turmoil projected into a miniature house and hospital, these works allow us to sink into the deepest reaches of our psyche during the cold season. Featured artists: Fern Seiden, Daniel Jolliffe, Sarah Stolar, Miriam Langer, and Saskia Wilson-Brown.