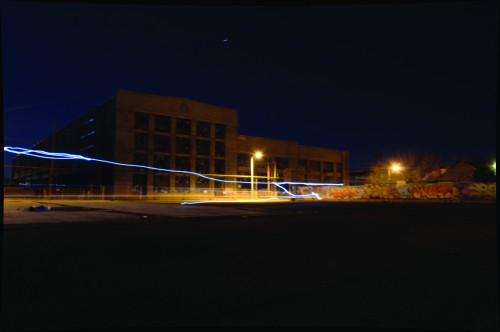 For several years Lee experimented with broadcast technologies via his collaborative project, Neighborhood Public Radio. With Air Force, he finds ways to further this work with experimental broadcast, this time using controlled vehicles that are designed to roam the skies with radio technology and other less advanced methods.

Simultaneous to Air Force and in conjunction with The International Museum of Folk Art, Lee will be collaborate with a Japanese kite maker to launch a kite-driven camera,  creating a live video from the viewpoint of the kite.  Lee will also be developing new flight-based works in Detroit and New York state, as well as a few other U.S. cities, which will be premiered in an artist talk and video screening during the run of this show.

CCA will host several projects from CENTER’s internationally renowned grants and awards program during the flagship event, Review Santa Fe. The Choice Awards and Project Grants are awarded to outstanding fine art or documentary projects on the brink of wider acclaim. Winners soon to be announced.

Jessamyn Lovell’s identity was stolen by a San Francisco-based woman named Erin Hart. “Dear Erin Hart,” is a body of work made in response to the crime. In an effort to piece together what happened, while building a portrait of her transgressor crime spree, Jessamyn documented relevant places, interviewed witnesses, hired a private investigator, and even photographed Erin Hart being released from jail on separate charges. Through photography, video, and other forms of documentation, Jessamyn attempts to better understand and exact revenge on Erin Hart, all the way discovering more of herself.