Visit Santa Fe and Albuquerque, New Mexico this June to experience the work of over 100 international new media from 15 countries, all in the 60-mile, central portion of the state’s Cultural Corridor. Explore the spectacular landscape of New Mexico and the exciting world of 21st century art at the same time.

Parallel Studios in Santa Fe and 516 ARTS in Albuquerque announce the launch of New Media New Mexico, an ongoing effort to highlight media arts in our state each summer. In June, 2014, NMNM begins with CURRENTS 2014 in Santa Fe presented by Parallel Studios and Digital Latin America ( view DLA video here ), an Albuquerque collaboration led by 516 ARTS.

Known for both its exceptional environmental beauty and its work in scientific innovation, New Mexico has historically been a mecca for the arts and technology. In recent years, the state has become a gathering place for new media artists and enthusiasts from around the world who converge here to focus on the expanding intersection of art, science and technology.

CURRENTS New Media Festival has grown from its local roots in 2002 into an annual, international, citywide event in Santa Fe. Albuquerque became an international hub of activity for new media art during ISEA2012, the 18th International Symposium on Electronic Art, a massive collaboration led by 516 ARTS that helped put Albuquerque on the map in international art circles. Now, that spirit of collaboration continues with the launch of New Media New Mexico, which is planned to become an annual series of events celebrating new media arts around the state.

The 2014 collaboration kicks of with the Digital Latin America Opening Weekend Symposium and events in Albuquerque June 6-8 and then programs continue through the summer. The three-week CURRENTS 2014 Festival opens the following week, June 13. The lead venues in each city, 516 ARTS in Albuquerque and El Museo Cultural in Santa Fe, are connected by the Rail Runner Express train. It is a short walk to 516 ARTS from the station in Downtown Albuquerque, and the train arrives at the Santa Fe Railyard Plaza, the home of El Museo Cultural.

Come to both events to experience cutting edge, experimental, innovative, playful and poetic new work from around the globe, including interactive and fine art video installations, single channel videos, multimedia performances and web-based art forms to name a few, along with panels, workshops and presentations by world-renowned artists.

Digital Latin America explores the North/South axis of cultural development and exchange between Latin America and the United States. It looks at the ways in which artists negotiate the complex terrain between global and local, virtual and real, and political and private, in the creation of work that proposes alternative understandings of technology, art and cultural exchange. Among the 16 artists featured in the multi-site Digital Latin America exhibition are Rafael Lozano-Hemmer (Mexico/Canada), Cantoni & Crescenti (Brazil) and Oscar Muñoz (Colombia). Presenting partners are 516 ARTS, Albuquerque Museum of Art & History, UNM Art Museum and the National Hispanic Cultural Center.

CURRENTS 2014 brings together the work of 95 established, unrecognized and emerging new media artists including Jorg Staeger (Germany), Luftwerk (Chicago) and Jane Tingley (Canada), just to name a few. The Festival introduces the public to new technologies molded by artists into vehicles for expression and the communication of ideas, broadening the definition of 21st century art making and fostering a more expansive use of technology. The Festival is enjoyed by a broad demographic – children spinning through the galleries reveling in interactive new media – seniors contemplating image and meaning – working class families – and savvy collectors. 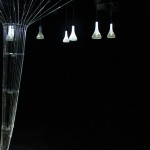 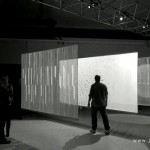 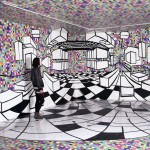 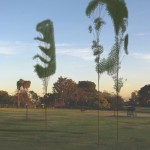