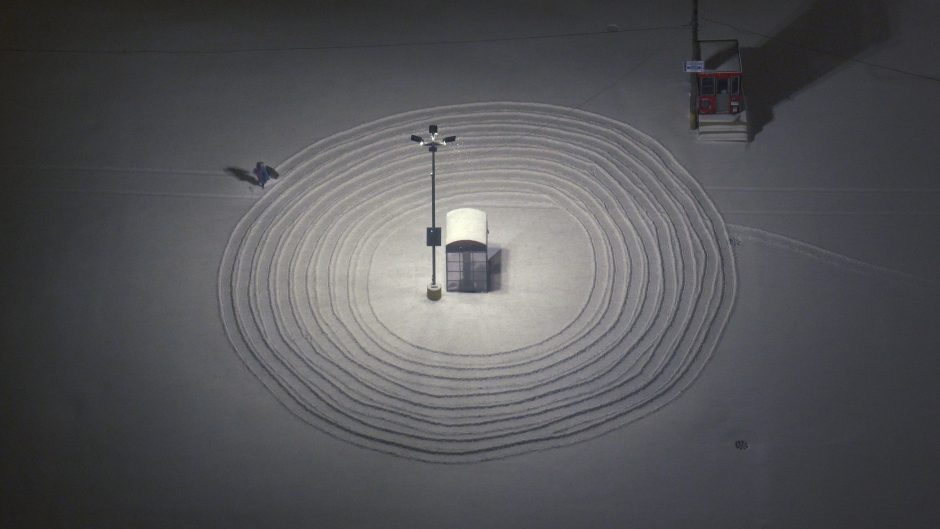 Yuge Zhou
New Media Installation
CURRENTS New Media 2022 @ Center For Contemporary Arts
In traditional Chinese culture, the moon is a carrier of human emotions. The full moon symbolizes family reunion. Due to the Covid restrictions between China and the United States, my trip to see my family in Beijing, which was scheduled in early 2020, is on an indefinite hold. While waiting to go back for the past two years, I decided to create a video series with the general intention of bringing the moon down to me on the earth, inspired by a Chinese legend of Han dynasty entitled, “The lake reflecting the divine moon”.

Every winter since 2020, I’ve filmed myself alone tracing moon patterns by dragging a suitcase on the snow-covered ground in the parking lot adjacent to my apartment building in Chicago, as if to create circular mantras suspended in a time of waiting. I also made two summer counterparts of the same ritual on a sandy beach by Lake Michigan. As long as I’m unable to go back to China, I will continue to film this same ritual in the summer and winter.