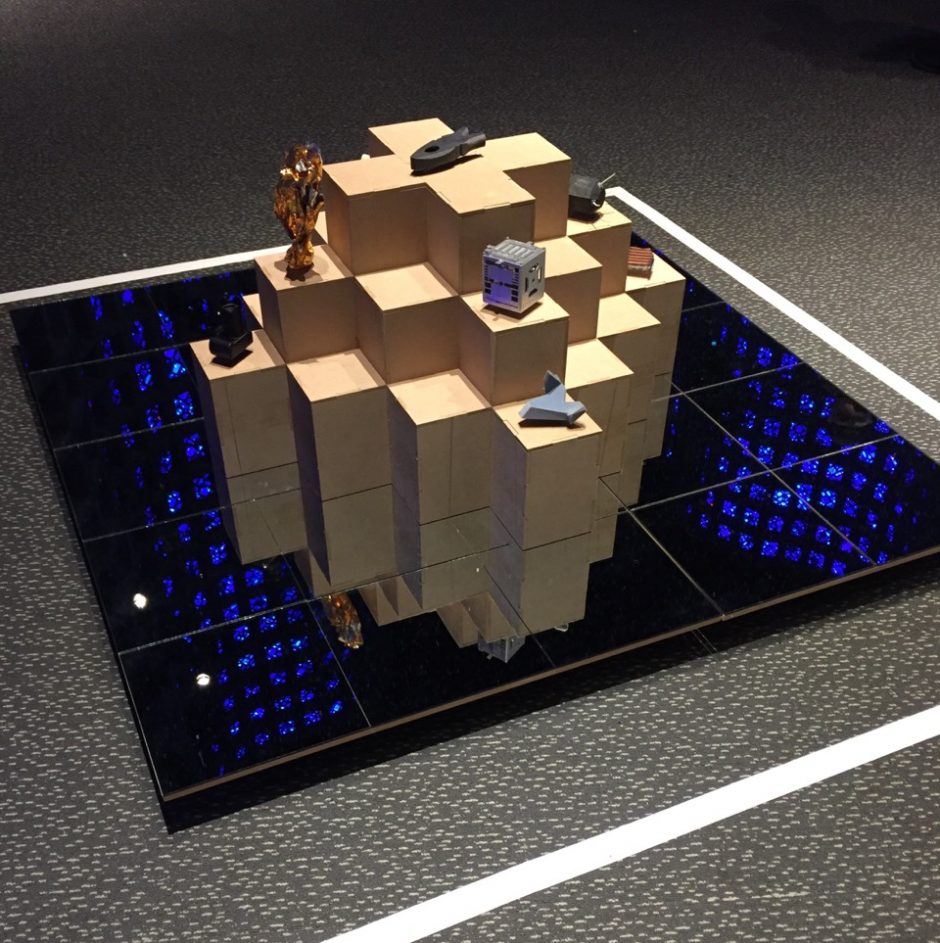 Inhye Lee & Hyomin Kim
New Media Installation
CURRENTS NEW MEDIA 2019 @ El Museo Cultural de Santa Fe
"Debris Space" is a levitation art installation made of lost objects in space. Man-made space debris has been piling up and increasing in numbers since the inception of the space exploration program. Through this project, Inhye Lee and Hyomin Kim intend to address the growing issue of space debris orbiting around the Earth, which typically includes defunct, artificially-created objects such as satellites and their parts. Such debris can pose a serious threat to satellites in operation and even humans in space. Currently, a few thousand satellites are in active orbit around our planet. More than several tens of thousands of objects are reported to be space debris. With the emerging space travel industry, it is anticipated that space debris and its threat to human technologies will increase.

The artists take this project as an opportunity to reflect on human behavior and ask a vital question. In a good-intentioned attempt to understand nature and solve many worldly issues, we often end up creating waste and bring about new problems; can we use our curiosity and creativity so that they serve not to damage our surroundings, but to harmonize ourselves with the world around us and prevent us from repeating our past mistakes?
This new media installation consists of a mirrored environment containing a pixelated globe with a number of debris objects floating above using a levitation technology. The debris objects included in the installation are based on real-life examples of lost objects from various space missions, ranging from the astronaut Ed White’s glove lost in space in the year 1965 to a more recent example of miniaturized satellites called “CubeSat” that, against its many hopeful promises, often fails to establish connection to the earth, thus becoming untraceable.

"Debris Space" utilizes 9 electromagnetic levitators and mirrors for the ground stand. Most debris objects made for this project were 3D printed by recycling commonly-available 3D models found online.