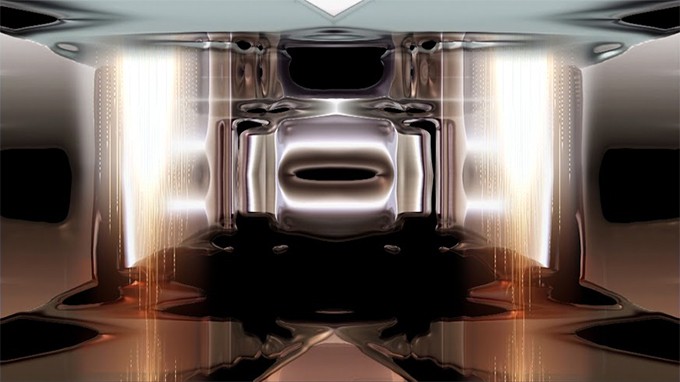 "Escales" is the result of the manipulation of electronic signals using digital means. Electricity, as raw material, is being sculpted, transformed and altered to be reborn as architecture. The video depicts an immersive environment where hallucinated spaces unfurl like automated mirages, and invite the viewers to project themselves inside this ever evolving space, continuously transforming and morphing into new environment

By its minimal aspect, “Escales” is a neutral space, without any specific identity. Once a number of layers and visual distortions are added, the architecture comes alive. “Escales” manifests the hallucinations and the interferences between what’s considered as “objective reality” and the subjective interpretation of it.