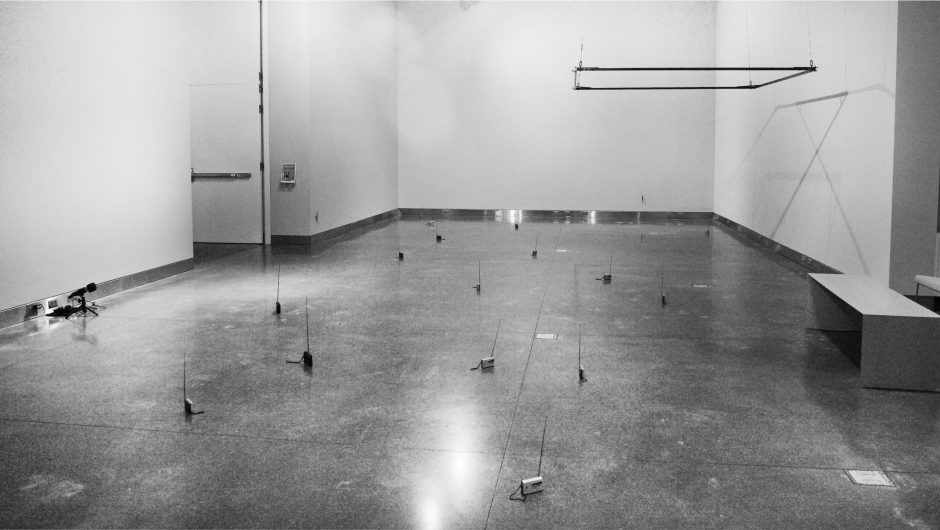 (Fairgrounds) | Requiem – Between a Barrel and a Heart

Marco Buongiorno Nardelli & Pedram Baldari
Multimedia Performance, New Media Installation
CURRENTS New Media 2022 @ Santa Fe County Fairgrounds
We envision an installation that combines the evocative power of the sight and sound of the gun barrel wind instrument with the complex performance framework of Requiem.
The installation will consist of a multichannel sound system controlled via a laptop, an audio interface, and several small transistor radios for the playback of Requiem. In the installation, together with the radios, the gun barrel instruments, and their cases, will be displayed as phantoms of the weapons’ past and a testament to the present, We will have a radio transmitter and antenna to facilitate the broadcasting to the radios installed in the space. The performance of Requiem will be comprised of a series of recorded sections that will form the basis for an interacting and additive involvement of the visitors as active performers.