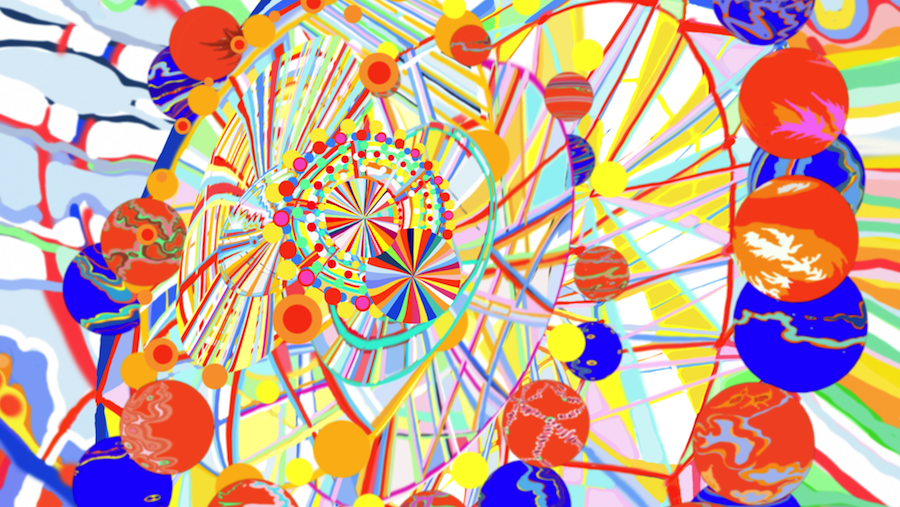 This animated short is built around a series of rotating lines, rainbow-colored planets and spheres. They swirl in different directions, clashing and spiraling in chaotic ways, mimicking the gravity-less landscapes of outer-space. The title takes its name from the definition of a planet that falls within a star’s habitable zone. A double-entendre suggests the story of “Goldilocks and the Three Bears,” as well, wherein a little girl has to pick from three items, settling on the one in the middle. In the same way, a planet following the “Goldilocks Principle” is one that is neither too close nor too far from a star to rule out liquid water on its surface, thus giving it the conditions for life. In the end, the viewer of “Goldilocks Moon” takes a psychedelic ride through a vibrantly-hued wormhole, ending up at a habitable planet of my own making.