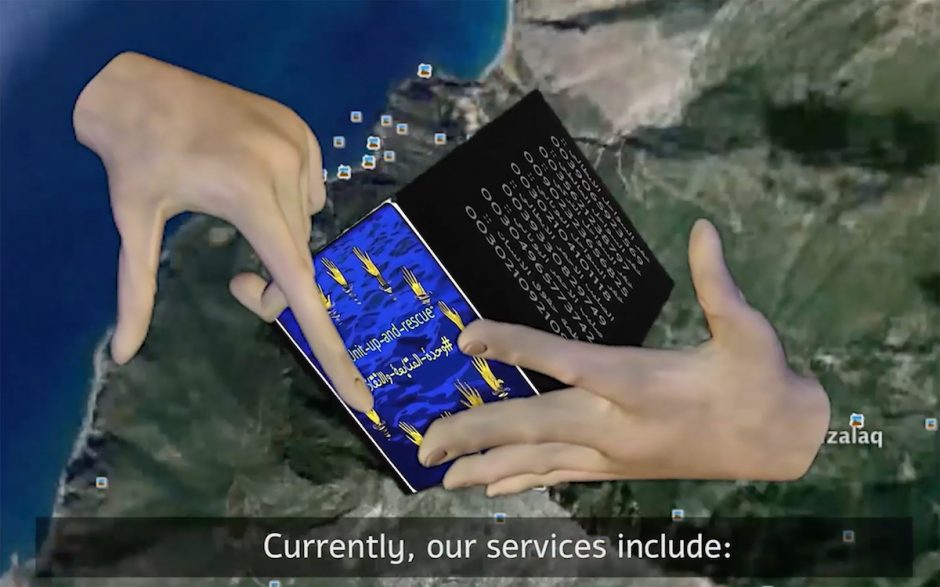 Ronnie Karfiol
Experimental Documentary
CURRENTS NEW MEDIA 2017 @ Violet Crown Cinema
"Internet of Refugees" is an archive-based experimental documentary. Based on evidence from secret Facebook groups of Syrian refugees, it depicts a dystopian world of "technological survival", as refugees turn to their smartphones and apps instead of dysfunctional governments. The NGO "Relief & Monitoring" advertises for online support services and sells DIY survival gadgets. But the consumerist optimism shatters as an online refugee guide uncovers the hardships of the trip. And all the while, boat selfies are sent via information packets, but are untagged and unseen by most.

How come all this chaos happens in the Information Age?
Did the hopes of technology turned into a mere Neoliberal economic function?
And are we ready to become the next technological refugees in the 21st century?
Will the internet, instead of a government, be there for us?