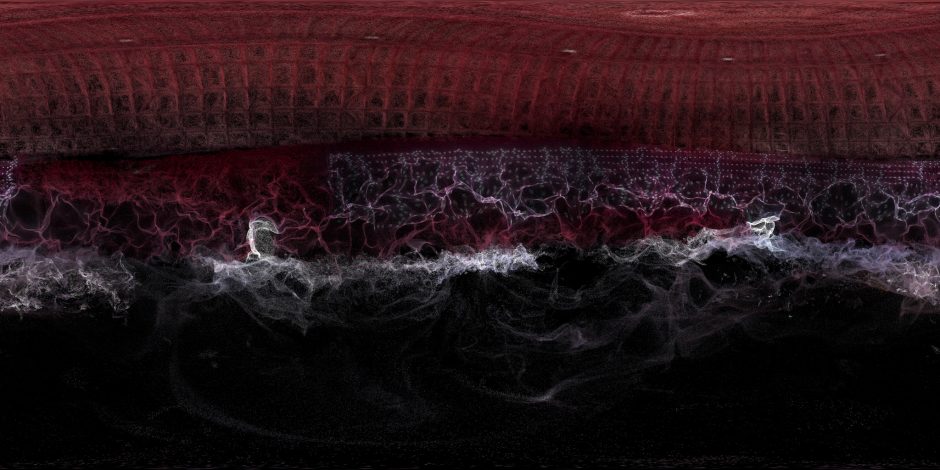 remote/displaced is an immersive audiovisual concept album by quietSpeaker based around Öljysäiliö 468, a vast, decommissioned oil tank by the sea of East Helsinki.
The album, constituted of a collection of brief immersive audio-visual visits to this remote place, was originally presented to Ars Electronica 2020 festival, with the experiences accessible through a virtual reconstruction of the Silo, realised in the social VR platform Mozilla Hubs.
In this new edition, a 8k version of the 360 album is completed by a live performance of quietSpeaker, streamed over the internet, based on audiovisual materials from the same place.
The live happens remotely inside a virtualised silo, reconstructed both acoustically and visually via Impulse responses and a 3D point-cloud captured in the space.