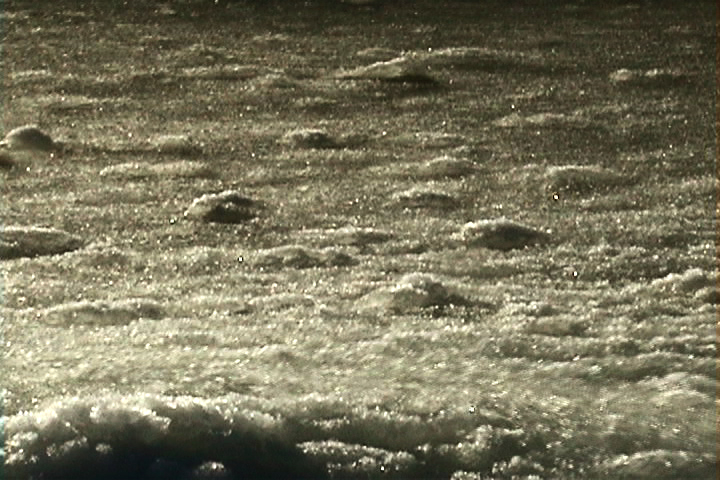 Jennifer Moller
Single Channel Video
CURRENTS NEW MEDIA 2017 @ El Museo Cultural de Santa Fe
The wave is the perfect metaphor for consciousness.
The images used in this video piece were presented to me on an extremely cold day walking along the Cape Cod bay. The sun was low in the sky raking the late afternoon light across the surface of the ocean. There was no saturated color so the scene was almost monochromatic. Broken chunks of ice formed along the shoreline extending out to sea and the beach was covered with large block shaped ice floats. The bay looked like a large white glistening slushy made of crushed ice.
I noticed the extraordinary beauty of horizontal line, as the waves rhythmically rolled under the bulky ice. I watched as wave after wave cast its dark black linear shadow over and over again. The scene was a live tracing of the vast ocean.