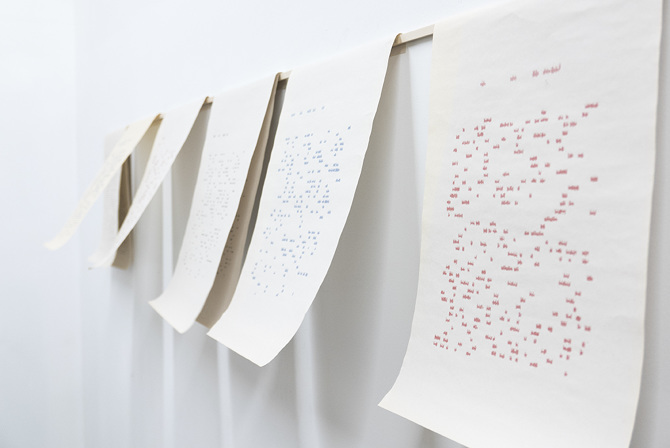 This is part of an ongoing series in which I explore how cultural difference is manifested in language by using custom software to analyze various written texts. While comparing Korean news articles and their English translations, I discovered that the Korean used proportionally more verbs than nouns, whereas the English were opposite and used more nouns. Languages which use a higher proportion of verbs, I call active languages, conversely those with lower I call passive languages. I am interested in using this and other metrics to conduct what I call language personality tests.

Our Guest Curator Exhibition is supported by a generous grant from the Carl and Marilynn Thoma Art Foundation.