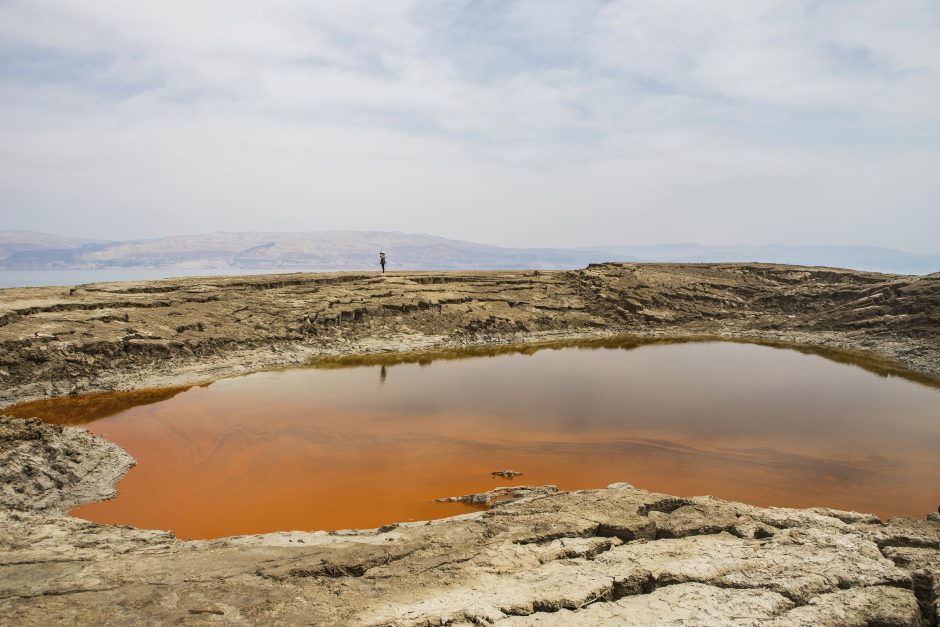 The Sweet Stench of Sulfur

Michelle Gevint
Experimental Documentary
CURRENTS NEW MEDIA 2018 @ Violet Crown Cinema
On the outskirts of the Dead Sea, Israel sinkholes are forming which are swallowing human-made habitats due to rapid evaporation, climate change and human intervention.
Though dangerous and unpredictable, there is much beauty in these pools of green, orange and blue liquid which resemble a Martian landscape and have been a mysterious source for new microbial life in an ecosystem known for its barren characteristics. The voiceover is based on an interview conducted with a geologist who was swallowed by a sinkhole. Spending hours inside a cavity, he went through psychological extremes from hope to despair.
The film blends documentary, historical essay and fictional elements by merging the resonances of a mythical fable with apocalyptic elements that seem like fragments of dreams and hallucinations, inviting us to examine the way in which nature reclaims itself through powerful natural disasters.