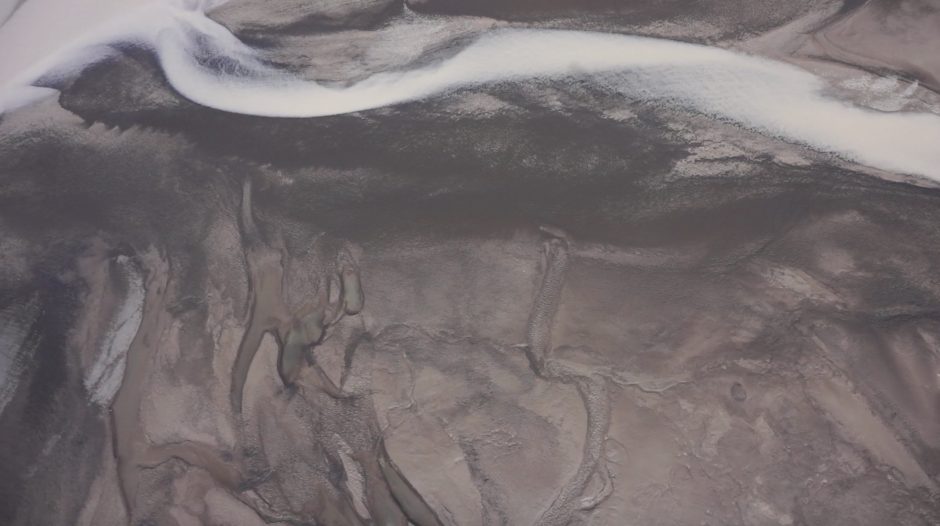 Joan Perlman
Single Channel Video
CURRENTS NEW MEDIA 2021 @ Currents 826
Thaw is a short film about disorientation of place using aerial footage and original sound to convey destabilizing movement. It was filmed in Iceland's highlands during a spring which came very late due to weather-based shifts in the subarctic region. Thaw is a meditation on profound change within the geological and climatic structures of landscape. Its sound includes British composer Chris Watson's composition of cracking glacial ice and other audio from below and around the massive Vatnajökull icecap in Iceland.