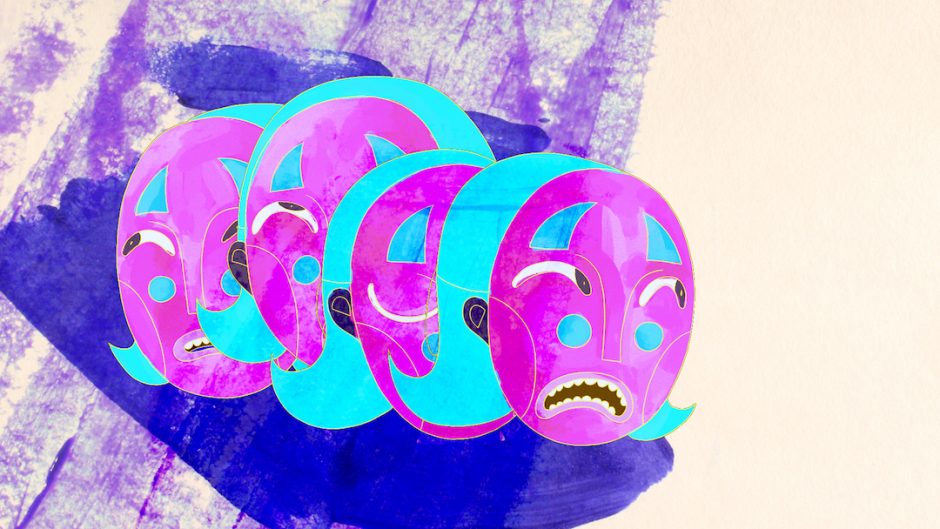 There Were Four of Us is an experimental film of a non-linear dream experience that displaces time and space, sound and visuals, as well as distances characters from the qualities of the character itself. It started as a dream as always, but this is the first experiment in which I based the emotional concepts on my reality. The work became something that examines what is personal from a distance, which is quite interesting. The ultimate question “who did it?” and many other questions I imagine the film may raise, both consciously and subconsciously, I cannot answer. But I believe even insoluble questions are worthy of being mentioned, and especially with this film, I found it is important to try to question in order to look for the answer.