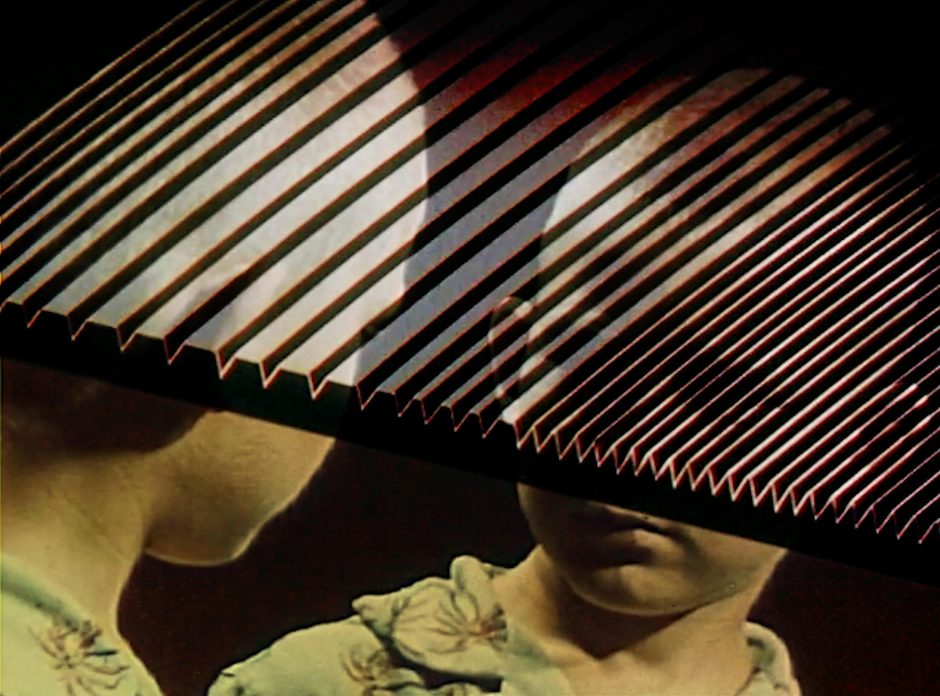 Will Ragano
New Media Installation
CURRENTS NEW MEDIA 2018 @ El Museo Cultural de Santa Fe
This project started as collection of sound collages combining improvisational music, samples (of things as diverse as marching bands, subway preachers and birds) and spoken word from obscure (often instructional) films. But, over the course of two years the project morphed into a series of fifteen videos featuring layers of manipulated vintage footage. Aleatoric (chance) composition methods were often implemented to create a dense base of sound and imagery that was then refined using subtractive means. The barrage of sights and sounds are meant to simulate dreams or hallucinations. The viewer becomes lost in a disorienting, abstract world of altered reality, twisted nostalgia and obscured memories.


Also, could you (or someone) replace the screenshot on the Currents website page about me with the one attached? The one up now is so bland looking.
And please replace the bio of me with this:

Will was born in Tampa, FL. He studied design, psychology and philosophy at the University of Florida for two years, then graduated from the Southwest Guitar Conservatory in San Antonio, TX and Berklee College of Music in Boston. He toured Europe twice, opened for Nine Inch Nails and won many awards with his former band Think Tree. And, with his current band Count Zero he has toured North America (with The Dresden Dolls) and has been featured in the popular Guitar Hero and Rock Band video games. He currently works in Boston as a Graphic Designer (print, web and digital), Motion Graphics Artist, Musician and Video Editor in Boston. He has also had several solo photography shows at salons and galleries in the area.
Learn more about him at willragano.com.