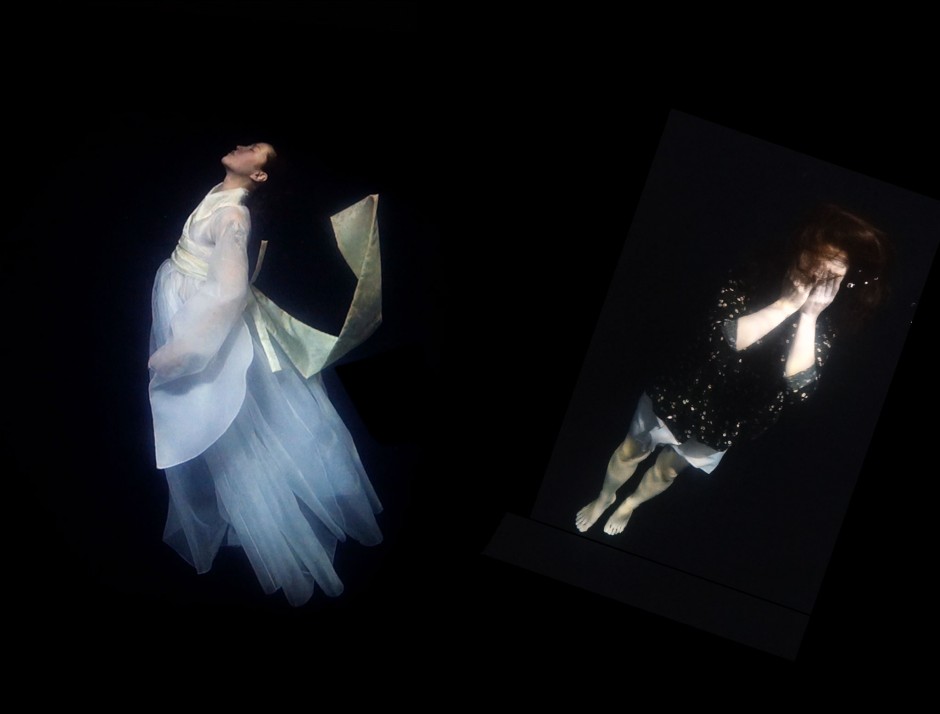 Ha Na Lee & James Hughes
New Media Installation
CURRENTS NEW MEDIA 2015 @
“Two Women” is an installation inspired by the invisible crisis of the suicide of the artist’s grandmother. Though the motivation of her suicide is unknown, the work explores several possible ways to understand her death. Situated in a domestic room are two kinetic machines, which tabulate and archive suicide-related data. There are 6 channels of video portraying various images such as a drowning woman. The piece is narrated by an elderly woman who describes her room, a dream about a room with the machines, and a fantasy in which she sees her younger self drowning.