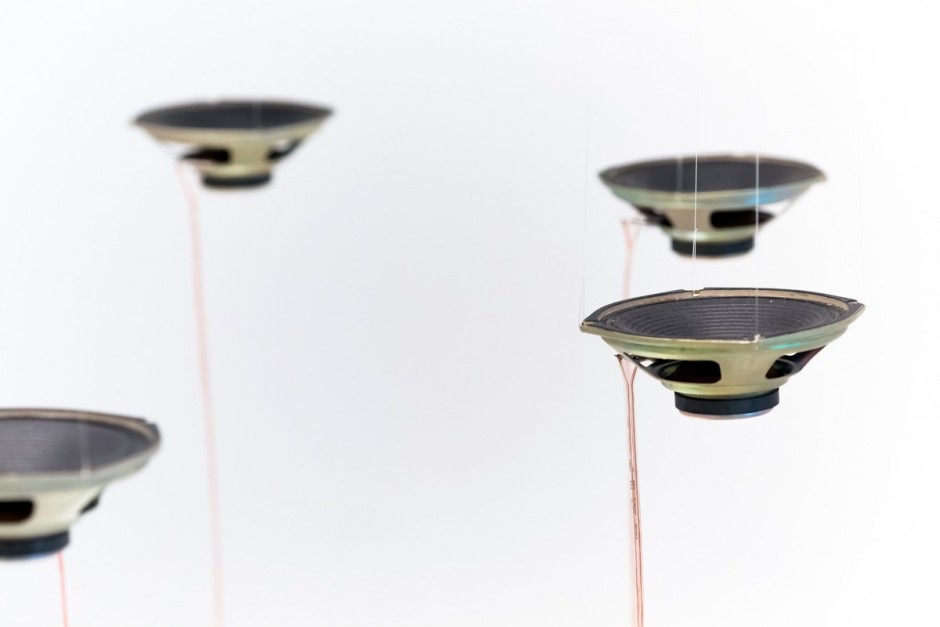 A room listening to itself

A room listening to itself

website
Montreal, Canada
Artist Bio
Adam Basanta (b. 1985) is an award-winning composer and media artist whose work traverses electroacoustic and instrumental composition, audiovisual installations, site-specific interventions, laptop performance, and dynamic light design.
His artistic output interrogates the intersections between conceptual and sensorial dimensions of listening and audiovisual perception, the re-animation of quotidian objects, and the articulation of site and space. His concert works have been presented worldwide and awarded multiple national and international prizes, including Métamorphoses 2010 (Belgium) and the John Weinzweig grand prize in the SOCAN Foundation Awards for Young Composers (Canada). His sound and audiovisual installations, both solo and collaborative, have been presented across North America and Europe, and awarded in the Prix Ars Electronica 2013 (honourable mention, Hybrid Art category) and the 2014 Edith- Russ-Haus Awards for Emerging Media Artists. Adam holds a BFA in composition from Simon Fraser University (Vancouver, BC) and an interdisciplinary MA in composition and sound art installation at Concordia University (Montreal, QC). He lives and works in Montreal, QC.