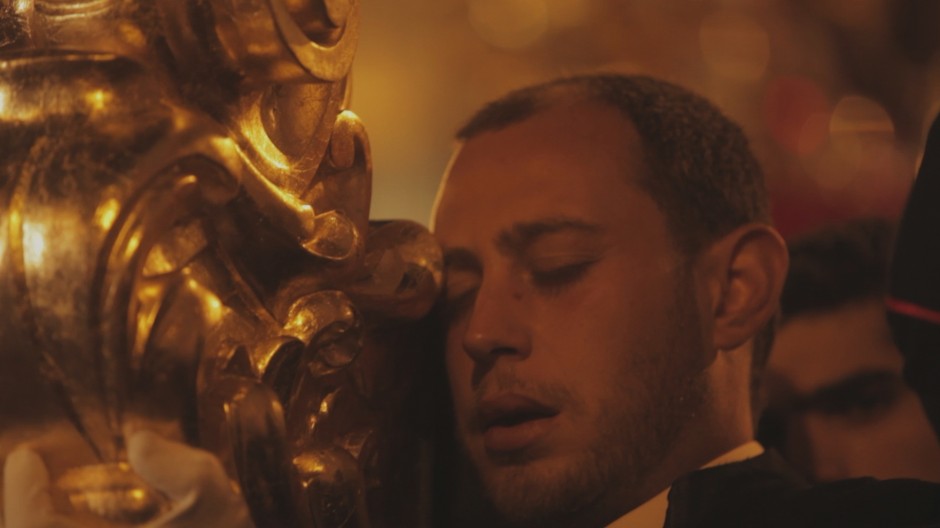 website
Amsterdam, Netherlands
Artist Bio
Menno Otten graduated in Directing at the Netherlands Film Academy in 2009. During his study he developed a personal style of documentary filmmaking resulting in films such as Time within Time, Via Dolorosa and Face to Face. All three films won multiple international awards and shown on festivals around the globe.

As a photographer he works on his “city faces portraits” since early 2010. This project is entirely made out of close-up portraits of everyday commuters in Amsterdam.

Besides documentaries Menno directed video-installations commissioned by companies like Samsung, Philips, The Royal Concert Hall and Eye Film Museum among many others.

In 2013 he shot his first series of “video paintings” in which he explores the possibilities of moving light within old master paintings. This project had it’s first solo exhibition at the Museum Prinsenhof Delft in 2015 under the title: “Framing Vermeer by Menno Otten”.

Recently Menno Otten teamed up with Samsung to create a video-art project in which he brings the famous Panorama Mesdag to life on 14 enormous 88″-inch curved screens. The project is set for summer 2015.

Menno is a guest-teacher at the “Dutch Film Academy” and the “Open Studio” school for Digital Media.