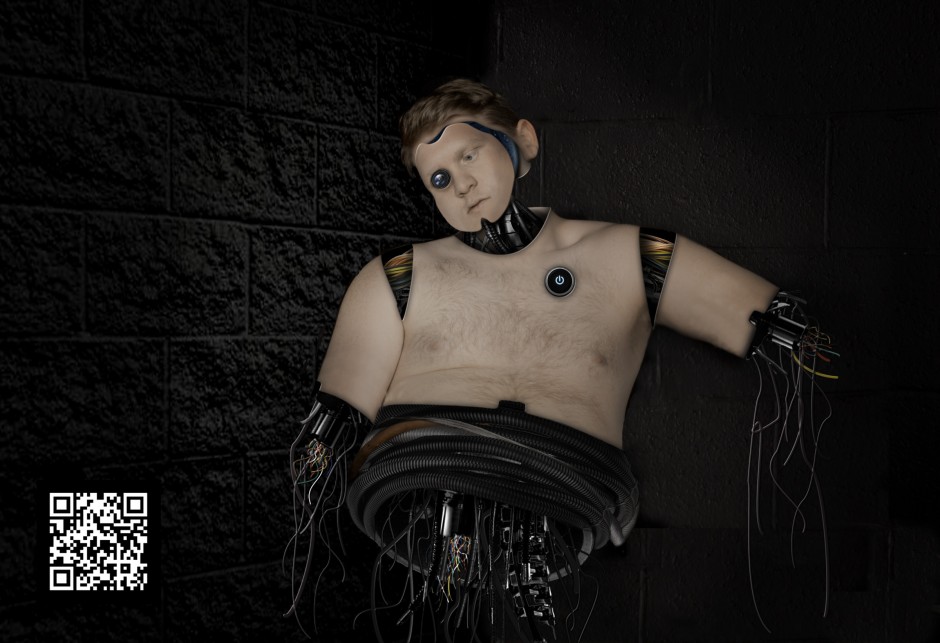 website
Albuquerque, NM, United States
Artist Bio
Electronics have infiltrated every aspect of our lives and our dependency on them continues to increase. The concept of people losing their humanity to technology, even to the point of physical symbiosis, fascinates me.
Each image deals with a psychological aspect of technology’s influence on human beings. Communication, for example, deals with the fact that connecting to each other no longer requires human interaction through look or touch, further demonstrating how integrated our devices are into our existence on a personal level.
Posthumanism is defined as the condition in which humans and technology are becoming increasingly intertwined. Embedded in this series of six photographs are QR codes that link to an animation which can be viewed on a personal device, such as a smart phone. This interactivity, along with an exaggerated portrayal of Posthuman figures, investigates the influence of technology on human beings.